The Catholic population in Crosby in 1908 was so small that mass was held in neighboring homes by missionary priests upon arrival by train.  It wasn’t until 1913 that approximately 20 Catholic families along with Rev. W. Lang began construction of the first Catholic church in Crosby for $1,100.00.  It was built by Rudolph Lostak.  The structure, 30X60, with a high bell tower and a domed ceiling, painted with a blue sky, stars and angels was completed in 1914 by Fritz Weber.

In 1915, a storm blew the church off its blocks and it had to be rebuilt; this time by Joseph Malchar Sr. 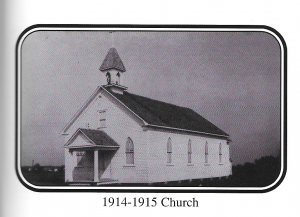 Prior to Sacred Heart’s first pastor, priests would come to Crosby on a Saturday for confession and stay over night for Sunday mass. 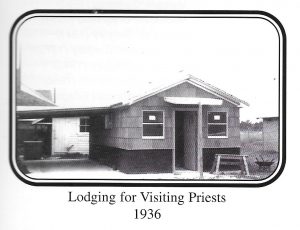 It wasn’t until 1936 that Rev. Chas Kunc was assigned as Sacred Heart’s first pastor.  Father Kunc started the construction of the first rectory, which is still in use today. 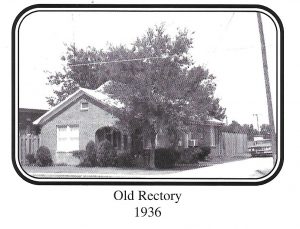 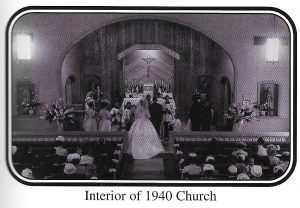 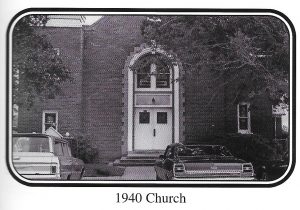 In 1940, Father Kunc built the second Sacred Heart Church.  In 1981, it was torn down to the disappointment of the parishioners. 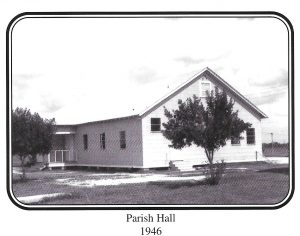 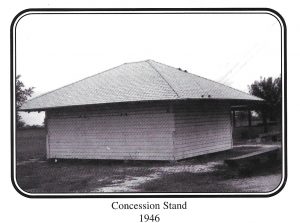 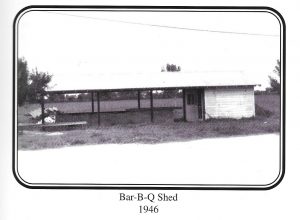 In 1986, Sacred Heart Church celebrated 50 years as a parish.

It is unknown how Sacred Heart Church got its name.

The above was taken from information prepared in 1987 by Pearlie Martin and a few parishioners. 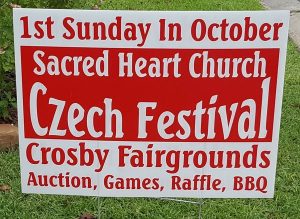 That’s Czech for “We Welcome You!” – Crosby’s Sacred Heart Catholic Church continues its tradition of celebrating Crosby’s Czech heritage with the 82nd Annual Czech Festival to be held on Sunday, October 2, 2022 at the Crosby Fairgrounds. Come thirsty and hungry. Barbecue and sausage dinners will be sold and served beginning at 11:00 a.m. Kolaches and other homemade pastries will be available too. Entertainment includes live Czech music and dance. A giant auction — featuring handmade quilts and much more – begins at 1:00 p.m, ending the event with the Raffle winners! There is also bingo, booths and games for all ages throughout the day. Free admission, free parking at the fairgrounds parking lot on Church Street and handicap parking is also available. For information please call 281-328-4871 or visit www.shcrosby.org

Call Us Email Us